Why the beef, Kim? 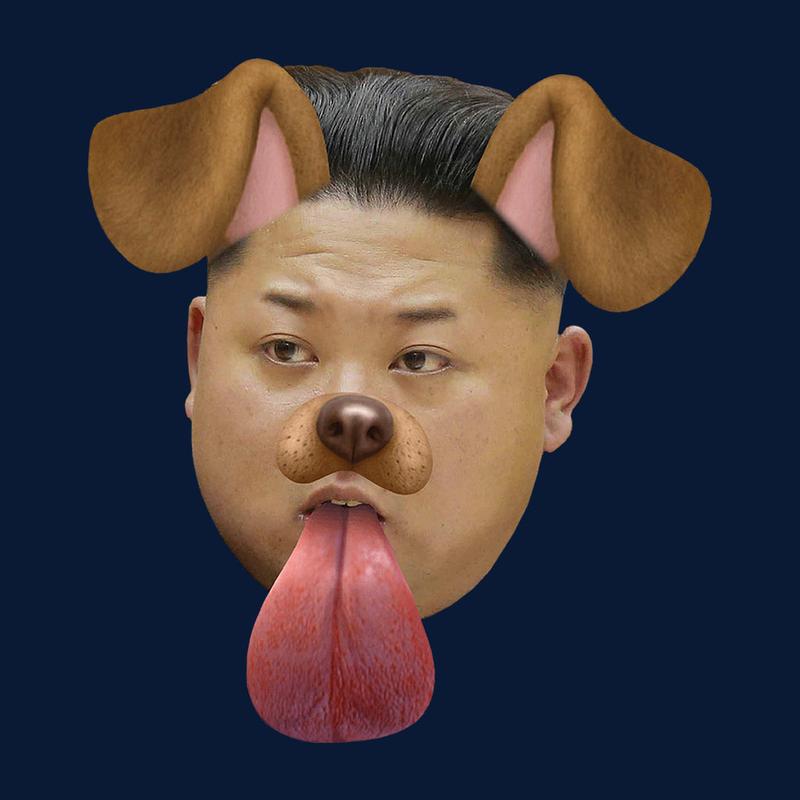 If like us, trying to understand the North vs. South Korea conflict gives you a headache, we’ve broken it down so that you sound like, really really smart on your next date.

The ‘beef’ between these two countries all started way back in 1945 after World War 2 when Korea was divided in two separate countries (North and South).

Originally Korea was ruled by Japan but when the Second World War ended Russia declared a war on Japan and brought their negative vibes to Korea as well. The USA (who always want to be in everyone’s business) was scared that Korea would fall under Russia rule (The Americans and the Russians invented passive aggressive tweeting in the Cold War).

So in order to also have a piece of the pie the USA ‘requested’ that Soviet forces halt their advance and at least keep their hands off  the south of the peninsula, including the capital, Seoul, to be occupied by the US.

On August 24, 1945 the Red Army (The Russians) entered Pyongyang (Capital of North Korea where Kimmy lives) and established a military government over Korea north.

The American forces landed in the south on September 8 and established the United States Army Military Government in Korea because whatever the Russians did they also had to do.

In North Korea, the Soviet Union supported Korean Communists. Kim Il-sung became the major political figure. Society was centralized and collectivized, following the Soviet model (basically a country with no Facebook or re-runs of The Bachelor).

In the South anti-Communist Syngman Rhee emerged as the most prominent politician.

The Republic of Korea was established with Syngman Rhee (Sexy and Liberal) as President, and formally replaced the US military occupation on August 15. However, In North Korea, the Democratic People’s Republic of Korea was declared on September 9, with Kim Il-sung (Also sexy but very strict) as prime minister.

As a result, two antagonistic states emerged, with opposed political, economic, and social systems. Both opposing governments considered themselves to be the government of the whole of Korea, and both saw the division as temporary. And the only way to get what you want? A war apparently! So in 1950 the Korean War broke out.

North Korea invaded the South on June 25, 1950, and swiftly overran most of the country. In September 1950 the United Nations force, led by the United States (always fucking getting involved), intervened to defend the South, and advanced into North Korea.

As they neared the border with China, Chinese forces intervened on behalf of North Korea, shifting the balance of the war again. Fighting ended on July 27, 1953, with an armistice that approximately restored the original boundaries between North and South Korea. What this meant was that there would be a buffer zone between the North and South because they were not ready to get on and become one country.

But don’t think the fighting stopped there. In the 1960’s the fighting started again with low-level armed clashes. During this time South Korea launched covert raids on the North. On January 21, 1968, North Koreans commandos attacked South Korea back and on December 11, 1969, a South Korean airliner was hijacked.

Things looked up in August 1971, when the first Red Cross talks between North and South Korea were held where they wanted to promote the unification of Korea. In September 1984, North Korea kept to their promise of being friends and their Red Cross sent emergency supplies to the South after severe floods. Talks resumed, resulting in the first reunion of separated families in 1985, as well as a series of cultural exchanges. Things were looking positive until South Korea was chosen to host the 1988 Summer Olympics.

North Korea got pissed off and wanted to host the games with them. The South didn’t want to share the hosting of the games and the North responded by bombing of Korean Air Flight 858 in 1987. (A little harsh for not being invited to a party, no?)

Finally in 1991 they agreed to enter into peace talks again and this led to the Agreement on Reconciliation. On March 25, 1991, a unified Korean team (finally!!!) first used the Korean Unification Flag at the World Table Tennis Competition in Japan, and on May 6, 1991, a unified team competed at the World Youth Football Competition in Portugal. (So things were looking up!)

The goodwill generated began to dissipate in 1994 with disagreements over North Korea’s nuclear program (They just didn’t want to get rid of their bloody weapons).

However four years later in 1998, South Korean President Kim Dae-jung announced a Sunshine Policy towards North Korea. And in 2000 the two then presidents met to talk. June, 2000, was the first Inter-Korean summit, between Kim Dae-jung (South) and Kim Jong-il.(North). As a result, Kim Dae-jung was awarded the Nobel Peace Prize for being super friendly. In September, the North and South Korean teams marched together at the Sydney Olympics. Trade increased to the point where South Korea became North Korea’s largest trading partner. In 2003, the Kaesong Industrial Region was established to allow South Korean businesses to invest in the North.

Then 12 years later shit went sour again when on March 26, 2010, a 1,500-ton ship with a crew of 104, sank off Baengnyeong Island in the Yellow Sea. A team of international researchers published results claiming that the sinking had been caused by a North Korean torpedo (Why did they have to do this again?). North Korea rejected the findings but South Korea agreed with the findings from the research group and President Lee Myung-bak declared afterwards that Seoul would cut all trade with North Korea.

On December 12, 2013, North Korea launched the Kwangmyŏngsŏng-3 Unit 2, a scientific and technological satellite, and it reached orbit. The United States moved warships to the region to keep an eye on the North. January–September 2013 saw an escalation of tensions between North Korea and South Korea.

On August 20, 2015, North Korea fired a shell on the city of Yeoncheon. South Korea launched several artillery rounds in response.

Despite peace talks between South Korea and North Korea on September 9, 2016 regarding the North’s missile test, North Korea continued to progress with its missile testing (Do they ever learn?). North Korea carried out its fifth nuclear test as part of the state’s 68th anniversary since its founding. South Korea responded that they have a plan to assassinate Kim Jong-un.

On December 31, 2017 in his New Year address, North Korean president Kim Jong Un struck an “unusually conciliatory” tone in wishing South Korea success in its hosting of the 2018 Olympics, in stating his wish for a “peaceful resolution of the Southern border,” in declaring that North Korea would only resort to using its nuclear weapons as a defensive measure if North Korea’s security was threatened, and in offering to send a North Korean delegation to the upcoming Olympics in South Korea. (Do we believe him?)

On 9 January, 2018 North Korea said they would send a government delegation, a demonstration team of Taekwondo athletes, fans and a support group consisting of dancers and musicians to the Olympic Games in Pyeongchan later this year.  Whether they intend to send its athletes to participate in the Games is not reported, but it is said that issues related to the Olympics will be discussed at further meetings.

Our response? We think this fight is pretty pathetic and the two countries should just chill, not dabble in missiles (Kim, we talking to you) and just enjoy their 2018 with a new year, new me attitude.

Ways you are self-sabotaging your hair
Scroll to top