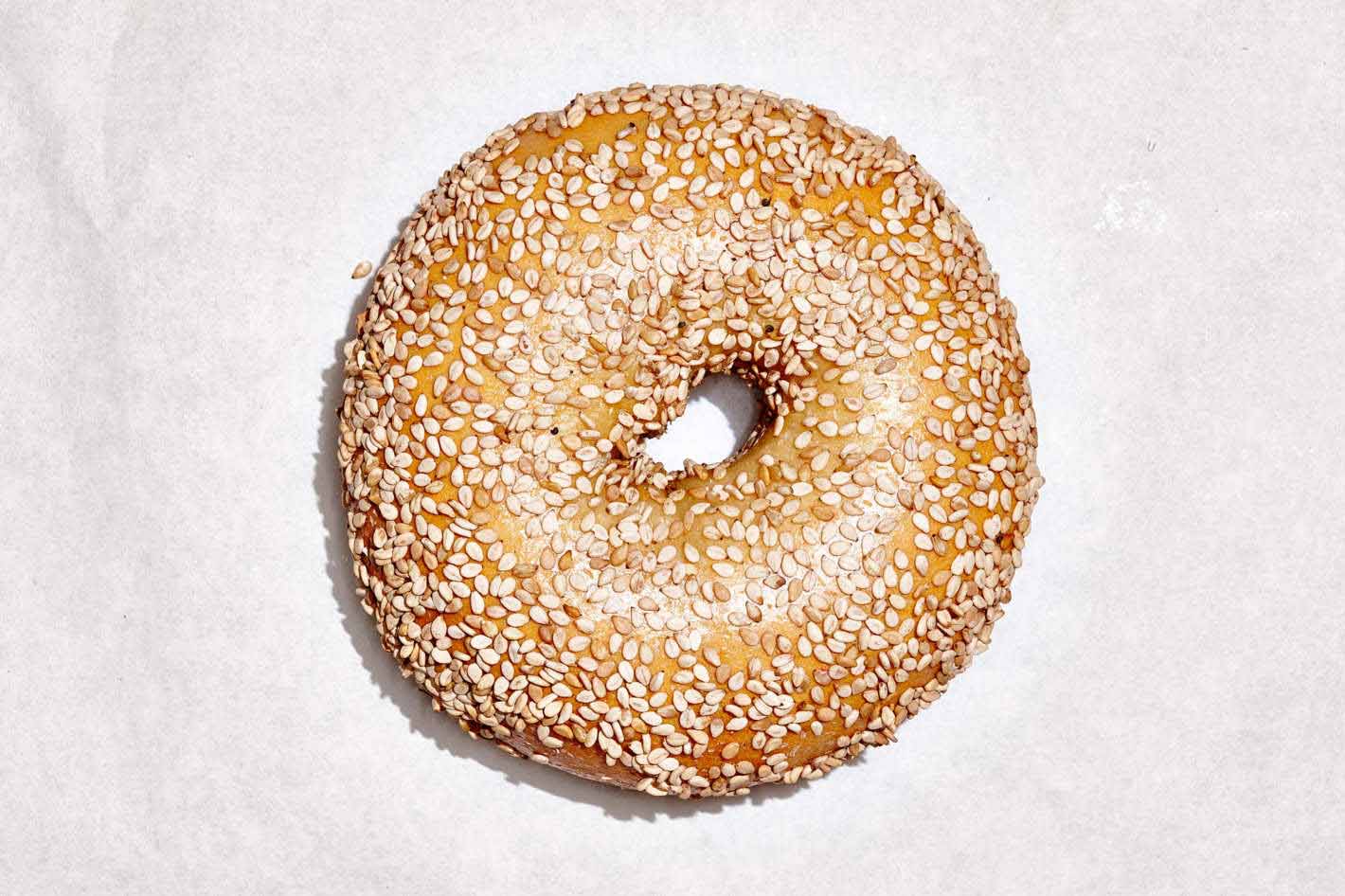 New York in 2017 has been a hotbed for journalistic content. Any breaking news story can be summed up in three words – The Trump Administration. However, for our editor, spending two days in transit was worth it when it came to uncovering the truth behind something more serious… ‘Where the hell does one find New York’s BEST bagel?’

Everyone who knows me knows that, when I’m in New York my staple diet consists of bagels. Rumour has it the reason behind the city’s orgasmic bagels lies in the water that is used to bake them. I’m not sure if that’s the case but whatever the reason, a soft cream cheese bagel is the only thing that can get me out of bed before 9 am in the morning.

Like crack to a drug addict, a freshly baked New York bagel has me anxiously fidgeting in the line at my favourite deli. My Instagram followers, who were updated daily on my bagel expeditions, constantly asked me where they can find the best bagel in the city. Being the serious journalist that I am, I decided to ‘take one for the team’ and sample a different bagel every morning (and the extra 7kg’s I’m carrying in belly fat was so totally worth it!).

I’m a very easy girl to please. I like things plain and simple, like missionary sex, the original version of a song and a plain bagel with cream cheese – don’t even suggest scallion. To me, and I consider myself a professional bagel sampler, what makes a bagel perfect is how it’s crunchy on the outside and perfectly soft on the inside. I like it lightly toasted, not too much but just enough for the cream cheese to melt ever so slightly. Think Ryan Gosling in carb version… simple, creamy and unimaginably delicious in my mouth.

Ok, to be fair, I did order a cream cheese bagel at 1 am, so that’s probably why the bagel was atrocious. However, regardless of the time, don’t offer something on the menu if it’s going to taste like a piece of guava wood with a smidgen of cream cheese. The bagel was cold, hard and for a large chain like DD, they could have at least spared me two teaspoons of cream cheese instead of one. They say America runs on Dunkin but this girl sure has hell doesn’t.

I know what you’re thinking … a rookie error! Yes, ordering a bagel from Starbucks wasn’t much better than DD. The bagel itself wasn’t too bad but what pissed me off more than its child-like size was the fact that I had to put my own cream cheese on. Nothing makes me angrier than having to spread Philadelphia cream cheese on a bagel with a pathetic excuse for a plastic knife somewhere on the subway between Grand Central and Union Square. My advice? Why would you want to put yourself through that trauma?

I must say I was super disappointed in Tompkins Square Bagels. This famous bagel store known for all their bloody toppings, was hard and tasteless. Dragged to the LES by my boyfriend early one morning to sample ‘the best bagels ever’, I left hungry and grumpy. Before the die hard LES hipsters crucify me, remember I was sober when I had my bagel (Can’t say the same for some of the patrons who looked as ruffled as the crochet crop tops they wore).

Once again I’m about to feel the heat of diehard patrons. Perhaps the reason I was so disappointed in my bagel was the fact that there was such a hype surrounding the uber famous Russ and Daughters. From the way people wrote about this little deli on the Houston Street, I was expecting it to be the dough version of Ryan Reynolds. Serving patrons since 1914, Russ and Daughters has undoubtedly created a name for themselves but sadly their brand is the only thing carrying them.

This bagel chain gets me super excited! From the moment you walk in and smell the goods you’re already salivating. The bagel, although soft on the inside was a little too hard on the outside for my liking. Would I eat at Tal’s again? For most girls Tal’s is like being single and having sex with your ex. The answer is yes, I would eat there again but I won’t be dreaming about it at night.

This Bagel store is better than I expected it to be. It doesn’t look like much from the outside (in fact even on the inside it looks a little grubby) but this run- of- the -mill deli on Lexington Ave has some pretty good bagels. Hard on the outside, soft on the inside and cheese AF … it’s just how we like our men.

I had read so much about this century old bagel store on Elizabeth Street that I made it a priority on my travel agenda. The bagels are rolled by hand, baked by wood and taste bloody incredible! Aside from the store being in New York’s trendiest area, the bagels are everything I dream about at night. With the perfect temperature and consistency, these babies will have you travelling downtown from the UES at 8 am in your Pajama’s for your fix (save your judgement, I already got enough looks on the subway).

These bad boys are sought after! Be prepared to stand in line for up to an hour on weekends. Once again this is a brand of bagels that have been marketed perfectly for years and Essabagel is a top place for us to grab a bagel. Handsome on the outside, sweet on the inside … you get the picture! Get your hungover toosh to Essabagel and stand in line for your breakfast because trust us, the wait is worth it! Oh and they’re Kosher, so my boyfriend doesn’t have to eat somewhere else. It’s a win-win.

These are the bagels I dream of – the perfect mound of calories and cream cheese. I stumbled across this little pit stop on the UES by accident and I’m so glad I did. Every morning I would debate whether I should try a new bagel place or whether I should head to Daily Bagel yet again. This is definitely like sex with your current man rather than your ex! It’s fresh, hot and has me daydreaming about in on my way home from work.

The Ryan Gosling of bagels is not a myth! This perfect bagel is G-d’s answer to heartbreak. Situated in East Hampton, the 30 hour journey from South Africa would be worth it every time. All the adjectives in the world wouldn’t be enough to describe just how much we love a good Goldberg’s bagel. Think of it as a culinary world wonder. If you’re looking for us, we’ll see you there this summer?

The jewel of the Middle East
Scroll to top