Not your average buff and paint 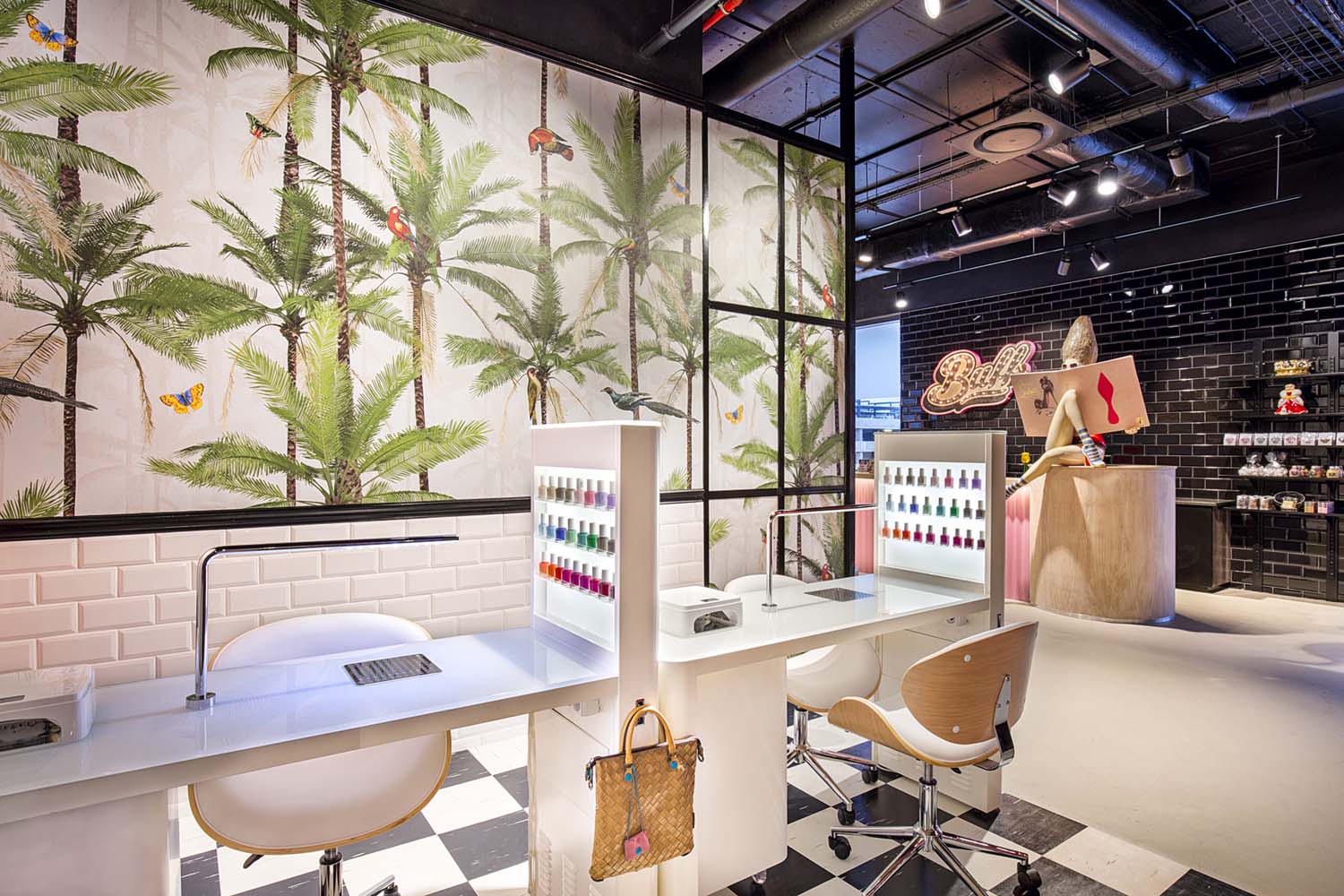 Manicures have become such an integral part of our lives that we often find ourselves rushing to the nearest run-of-the- mill franchise salon for that last spot on a Friday afternoon, just to get the job done. Instead of being just another errand, maybe the ‘art of the mani’ needs to go back to being a grand affair, which is why Buff Salon in Umhlanga is a tiny slice of your very own wonderland.

Undoubtedly the quirkiest, most magical beauty spot in the country  (and also the first Essie flagship salon in SA),  Buff is a stand-alone salon which specializes in nails, waxing and lash and brow grooming in a setting which is filled with the extraordinary- right down to the handpicked staff wearing their candy- striped pinafore uniforms. This ‘Betty Boop’ inspired space is fast becoming famous for all the right reasons, including the life size Betty Boop statue which makes Manicure Monday the cutest selfie opportunity !

Every girl knows the perils of a chipped mani, but now a trip to the nail spa doesn’t have to be a boring one. Gone are the days of being offered a cup of tea during your treatment. Buff offers a drink from their old school soda fountain with gourmet donuts from ‘Wicked Donuts’ –  because an ordinary shortbread biscuit on the side of your saucer is SO déclassé, darling.

Now that we have unlocked the hottest spot in Umhlanga, all that’s left to say is see you there!

SOHO with a touch of Sea Point
Scroll to top