Looking for a push present? 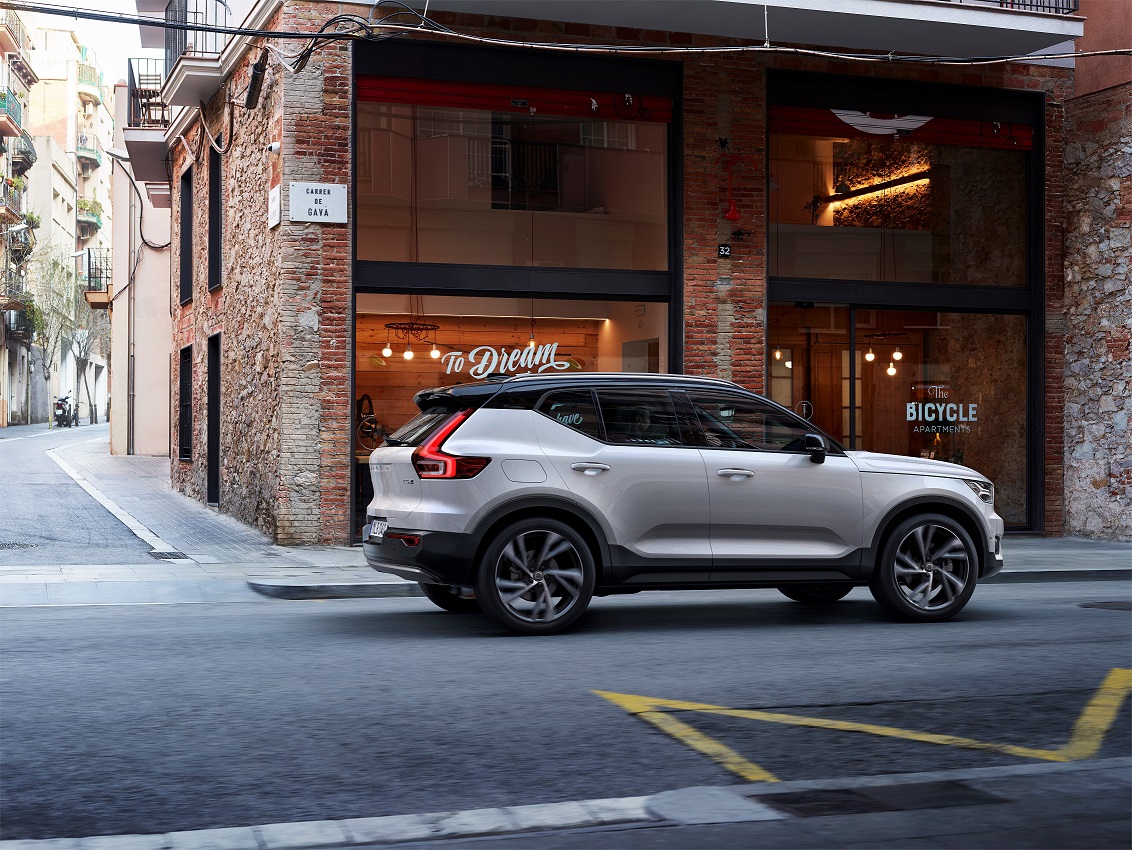 Kim K made the ‘push’ present famous after Kanye gifted her a million dollars’ worth of jewels for well, having his baby. Call us high maintenance too, but we also have something in mind.

The new XC40, Volvo’s first premium compact SUV, is now available in South Africa. With the title of 2018 European Car of the Year already under its belt, the SUV is set to create yet another stir for the Volvo brand in South Africa where the XC90, S90 and V90 Cross Country have paved the way for new-era Volvo cars.

The new Volvo XC40 brings a breath of fresh Swedish air to the premium compact SUV segment, throwing away the rulebook to create a new motoring experience where individual style meets a functional and supremely minimalistic driving environment. A new evolution of Volvo’s latest design language has resulted in an expressive and unique exterior, while a bespoke interior inherits all of Volvo’s latest design elements, including the revered 9-inch Sensus Connect touch screen and digital instrument cluster. New design elements like the optional contrasting black or white roof, white mirror caps and wheels, Oxide Red leather and ‘Lava’ carpets, which are made from 100% recycled materials, will allow XC40 customers to express a more individualistic style.

Functional practicality has also been a major focus on the inside of the XC40, where smart features like a removable rubbish bin, a cubby hole hook, a dedicated smartphone storage area with wireless (inductive) charging, and a multi-adaptable boot floor, transform a typically cluttered and sometimes messy car interior into a place of serenity and organised efficiency.

The Volvo XC40 launches in SA with a choice of two trim levels (the sporty R-Design and elegant Momentum), two engines (D4 diesel or T5 petrol), and all-wheel drive on all models. Top-of-the-range Inscription derivatives arrive later in 2018, as well as the T3 front-wheel drive version.

The XC40 also introduces the new Care by Volvo subscription model, whereby customers are able to subscribe to a car rather than buy it, for a fixed monthly fee which includes the likes of service, maintenance, insurance and other added value benefits. Care by Volvo is under consideration for introduction in South Africa with a planned date of mid-2019.

City Safety is included as standard in the new XC40. This system senses potential collisions, even when it is dark, and can activate the brakes automatically should you not react in time. City Safety provides three levels of intervention; warning, brake support and full autonomous braking, and uses a combination of instruments and sensors to constantly monitor surrounding conditions.

The ground-breaking Pedestrian, Cyclist and Large Animal Detection technology detects and automatically brakes the vehicle in the event of a pedestrian, cyclist or large animal (such as cattle) stepping/swerving/jumping out in front of the car. The advanced sensor system scans the area ahead and will prompt you to act with a flashing warning light, along with an audible alarm. If you do not react to the warning, and a collision is imminent, the car immediately brakes with full braking force.

Rearward facing radar detects if a rear impact is imminent, and safety belts are tightened in advance in order to protect the occupants. Lights also start flashing to warn the driver behind and brakes are activated to help reduce the impact movement.

Lane Keeping Aid is a standard-fitted system that helps the driver keep the car in its lane by gently steering the car back if it is about to cross a lane marking, and if the car senses that the driver is not driving actively, or for example, not using their indicators. If the supplied steering intervention is insufficient the driver is alerted by vibrations in the steering wheel. The system is active between 65-200 km/h.

The new XC40 can also help you stay informed by displaying real-world road sign information within your instrument display. This function also has the ability to warn the driver should the vehicle exceed the current road speed limit. At Volvo we understand that you have a lot on your mind sometimes.

Optionally available, is Volvo’s next generation of semi-autonomous technology. The Adaptive Cruise Control feature maintains the desired set vehicle speed but utilises radar to monitor the vehicle in front and automatically slows down or speeds up as necessary. In an evolution of this, Pilot Assist also takes care of the steering (up to 130 km/h and when lane markings are clearly visible) by continually monitoring the area in front of the vehicle, making the necessary steering, accelerator and brake inputs as required to keep to the desired speed, distance and within the lane markings.

The Blind Spot Information System uses sensors to alert the driver to vehicles within the mirror blind spots, on either side of the vehicle. Cross Traffic Alert uses radar to provide information to the driver about vehicles approaching from the side – for example when reversing out of a parking space. New in the XC40, Cross Traffic Alert now also includes braking support, which allows the car to brake on its own if an impact from either side is imminent.

This function allows the car to take over steering control in difficult parallel or perpendicular parking spots. The driver is prompted to control the throttle, braking and gear inputs. The “park out” function also assists in exiting tighter spots.

During low speed manoeuvres, the Visual Park Assist 360º Cameras provide the driver with additional information relating to the car’s surroundings. A birds-eye view of the car is provided via four hidden cameras, digitally stitched together to create a seamless image on the centre screen.

Run-off road accidents are amongst the largest cause of single vehicle accidents. To combat this, Volvo Cars has developed two support systems aimed at helping to avoid a run-off road accident from taking place, or protecting the car’s occupants in the case of an unavoidable road departure.

Distraction, lack of concentration, and falling asleep are major reasons for accidents. In 2007 Volvo Cars introduced a world-first technology to combat this danger. Driver Alert Control keeps track of the car’s path in relation to lane markings on either side, by means of the camera in the windscreen. If the system detects that the car is being driven in an erratic manner the driver gets an alert in the form of an audible signal as well as a text message and a coffee cup symbol in the driver display, that indicate it is time to take a break. With Sensus Navigation, the driver also gets guidance to the next available place to take the break.

Raise a glass to girls’ night
Scroll to top