Do you ever really break up with your ex?

In the age of digital communications, has social media made it impossible for us to let go? 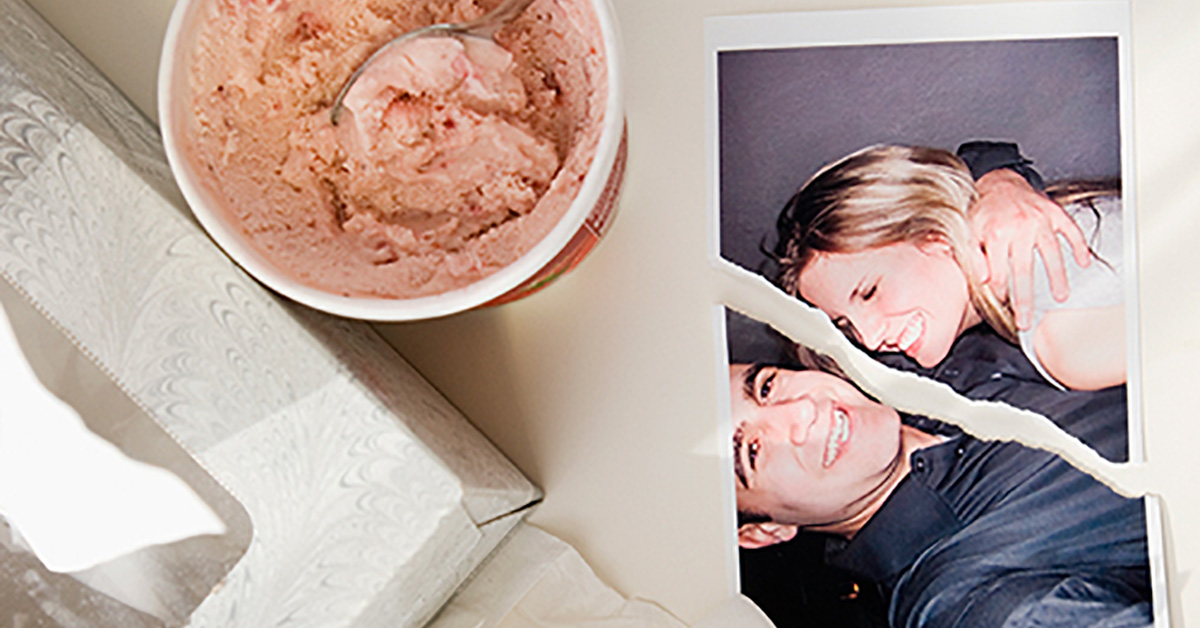 Ex boyfriends are like McDonald’s cheeseburgers to the gluten intolerant. You don’t particularly like them.  In fact, after you’ve eaten one you feel as if you could shit your pants. Yet there is still something oddly appealing about the taste of a good ‘ol quarter pounder when you’re drunk.

Why does that big, neon ”M” sign shine as brightly as the Star of Bethlehem? Well, because its false advertising and false advertising is exactly what you’re getting when you catch yourself replaying your ex’s Snapchat stories at 3 am while Enya plays in the background.

The problem with Enya (as well as with monitoring his every move on social media), is that soon you find yourself reminiscing about the times when you were the one chugging shots with him. As fun as it looks, you will never remember how you fought in the car on the way home and ended up having the Uber drop you at your parents’ house. You will also never remember how he spoke to everyone else at the party that night and only grunted in your direction when you asked him a question. You definitely will never remember how his unhealthy relationship with his mother used to irritate you. The problem with Enya is that that bitch makes everybody fall in love.

Your new boyfriend is a catch, you’re madly in love and wouldn’t swop him for all the exes in the world. So why do you still stalk Chad’s page to see if the girl who’s been liking his last seven pictures finally has the balls to comment on one? Here’s why. The problem with the age of social media is that it does not allow us to let the department of waste management collect the trash that we have already thrown out the back door. Honey, you KNOW you don’t want those black bags in your home but for some reason you can’t stop checking to see if they are still standing on the pavement.

My boyfriend, who (let me just say) is the best that I will ever get, called me out on Facebook stalking my ex the other day. I had no good reason to give him to explain my obsession (besides that I was hoping he was truly miserable, given the heartache he had once put me through). But then I got to thinking – people still spy on their rubbish for one reason…because of social media etiquette.

There is an unspoken rule that “mature” adults don’t delete each other off social media when they break up. However, in my opinion those are the couples who are actually hindering themselves from moving forward in an emotionally mature way. Who cares if he finally took up hiking (something you begged him to do for months)?   Who cares if he gives his new girlfriend the social media shout- outs that he never gave you? It will only stop being a competition when you stop playing. The best advice anyone has ever given me is the following:  ‘fuck social media etiquette’. Delete him (or her) off every social media platform that you are able to stalk them on (including their Gumtree account!). When you are done block them as well, just for good measure.

It’s not because you’re still in love with them and it’s not because you want them back. It’s because we live in a day and age where digitally keeping tabs on people has become the norm and sometimes ignorance really is bliss. So as you hit that block button, know that you are not being spiteful or vengeful, or even a tad dramatic. Rather, know that it’s because you refuse to care.

The girl who dated 100 guys
Scroll to top