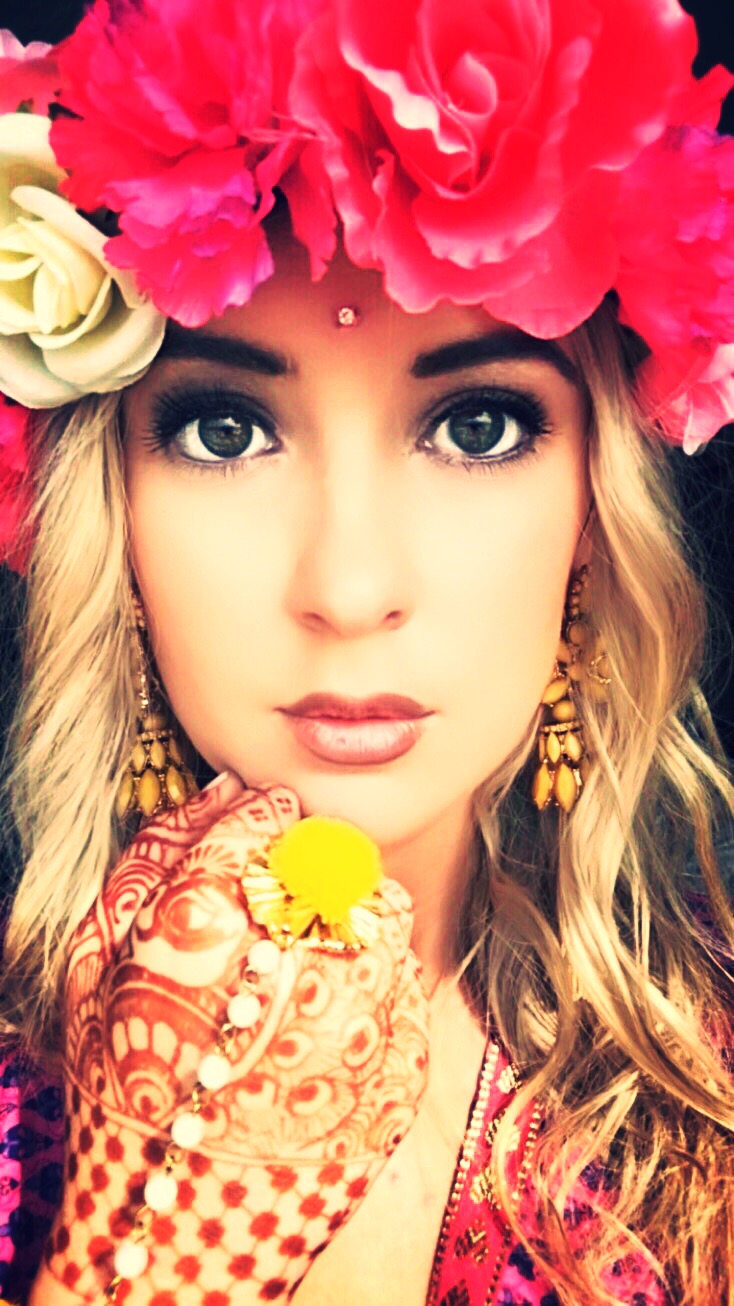 A city girl’s guide to India in 6 easy steps- and how to make it out alive (without Delhi belly).

Whatever you’ve heard about India is true. The countless images of people in an over cramped  New Delhi are not just the ‘Slumdog Millionaire’ effect, portrayed by Hollywood, in an attempt at romanticizing a poor boys rise to success. From the moment I landed in Delhi, the harsh reality of India was waiting for me… but with more colour than I ever imagined.

If you’re looking for an eat, pray, love retreat with more Armani than Ashram, I’ve perfected a city girl’s guide to taking India and making it her babe!  ‘Cos no one has time for the horror stories of public transport and chronic diarrhea.

My trip to India was one of the most fulfilling and humbling experiences of my life. I’m completely enamored with the place and her people and felt a pang of sadness at my impending departure from this multi-faceted and colored country. Let me not kid you, from the moment I landed in India, it was more third world than I was expecting. However, this kugel came prepared for the trip of a lifetime and with these 6 tips, you’re more likely to want to Namaste than nama-go.

Step 1: Always (and I mean always) organize a private driver through a reputable company. I landed in New Delhi at 4am in the morning and wanted to travel to Agra to see the Taj Mahal. Many people recommended that I traveled by train, however getting my own driver was the best decision we made. (Even if you book a first class train ticket, trains in India are NOT the same as western trains). Hiring a driver through an agency is not much more expensive than first class train tickets and works out cheaper if you are a group of people. Suresh our driver was waiting for us when we landed, he helped us put our luggage in the car and drove us all the way to Agra in an air-conditioned vehicle. THANK G-D FOR PRIVATE TRAVEL!

Step 2: Always wee when you see a western toilet, even if you just urinated. This was a mistake I made thinking I could urinate along the way to Agra (at a restaurant pit stop). News flash… there are no pit stops! Well, there are but they’re infested with flies and period blood. I’m pretty sure my gynecologist wouldn’t approve of me using them.

Step 3: Pack your own snacks for the road trip. This girl came prepared with Woolworths biscuits, fruit rolls, microwave popcorn and pretzels. You might be staying at 5- star hotels but the days you’re touring the city or driving between destinations you’re going to need a snack because the road trips are never as short as an Indian driver promises them to be.

Step 4: However long the driver tells you the journey will be … double it. My road trips were never a simple affair. A drive that was supposed to be four hours ended up being ten due to bad air pollution visibility, road accidents, bad roads and poor tollgate management. Trust me after five hours in the car you are going to wish you wee’d twice at the airport.

Step 5: Never go to the Taj Mahal without professional backup (this also goes for other tourist destinations like the Red Fort or Lotus Temple in Delhi). Thank G-d for my amazing private tour guide I hired in India. Because of her, I didn’t have to wait in queues with three thousand people all wanting to touch my blonde hair or take a photograph with an apparent tourist. We cut to the front of lines and her historic knowledge was worth every cent (especially in the heat of an Indian summer where queuing would have caused emotional and physical trauma).

Step 6: If it’s not 5 -star, it’s 3- star. When choosing a hotel always choose a five star (they are not as expensive as they are in South Africa).Small things like western food and working Wi-Fi really come in handy after a few days.

However, not everything about my trip was doom and gloom. Everything from the Taj Mahal at sunset to the way a shy child smiles at you, is poignantly beautiful. So while my advice is purely for people wanting travel tips, it should in no way be a deterrent for those wanting to visit such a magical place. If I can make it out alive,  I’m pretty sure the average  fun-loving human who enjoys adventure, travel and spicy street food from roadside carts, can too.

Why the beef, Kim?
Scroll to top